Whether it is self-reporting and symptom monitoring tools or virtual clinical trials showing immense promise, progress in the treatment of cancer does not seem to slow down even in the post-pandemic era.

Due to early detection and numerous technological advancements, the death rate has declined in recent years. But despite the efforts, some cancer cells have shown tremendous resistance to treatment therapies, compelling oncology CROs to strive harder for breakthroughs.

Thanks to their persistence, we have recently achieved some innovative changes in oncology drug development. Now, we have a better understanding of cancer on a molecular level and have discovered a more cost-effective way of making treatment available for cancer patients.

Innovation in oncology clinical trials has paved way for cancer treatment to be less ‘one size fits all’ and more personalized. Known as precision medicine, this innovative treatment approach allows doctors to tailor prescriptions per the patient’s needs.

The treatment is designed based on the patient’s genetic makeup, lifestyle, environment, and tolerance for drugs, helping ensure that the individual gets the best possible treatment.

An updated study also discovered that precision medicine halted the growth of tumour in more than 50% of participants who did not seem to benefit from other treatment options.

Precision medicine may be a new term but we have used this science for decades, including in blood transfusion. That said, this is the first time we are witnessing the use of precision medicine for cancer treatment.

Biosimilars are creating ripples in oncology clinical trials. And not just because of their affordability factor.

A type of biologic medicine, biosimilars are a new version of drugs that are based on already FDA-approved drugs. They are the cheaper alternative because they are developed on a previously researched, approved, and evaluated framework.

In a way, biosimilars can be considered to be the generic versions of existing drugs. The only difference is that generic medicines have the same composition but a different brand name, whereas biosimilars may slightly differ from their reference drugs.

That being said, the dissimilarities don’t affect the potency of the drugs in clinical trials, making them a promising innovation for clinical research organizations.

For a long time, oncology CRO focused on early detection of cancer to prevent the cancer cells from multiplying further. Since our knowledge was limited to the fact that cancer cells multiply faster than other healthy cells, our treatments were stemmed from the cell-destroying school of thought.

But innovative treatments have presented a new solution. The recent oncology clinical trials suggest that targeted therapies can interfere with selected cancer cells and manipulate them to stop their spread.

Targeted therapies target proteins that control how cancer cells multiply, divide and spread in the body. There are two types of targeted therapies; small-molecule drugs and monoclonal antibodies.

While the former enters the cell and targets the proteins that are inside the cell, the latter attaches itself to the cancer cells to help the immune system detect and destroy them.

This new approach can actually allow doctors to deliver cell-killing substances to cancer cells without harming the other normal cells.

Furthermore, doctors can actually starve the infected cells of certain hormones that they need to multiply, making treatment easier than ever.

The future of innovative treatments for oncology drug development

With all these amazing developments on the way, we can be sure that we are a few steps closer to triumphing over cancer. But experts believe that the bigger challenge isn’t detecting tumor and destroying cancer cells. That simply means that cancer has entered the body.

Instead, we need to focus on detecting clinical symptoms that will hint at the possibility of cancer even before the tumor is formed. Because treating cancer when the tumor is smaller is significantly less burdensome than when it has grown beyond our limits. 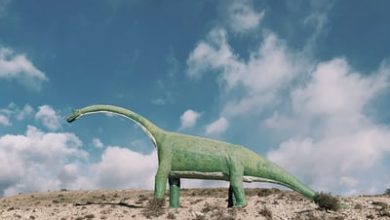 Neuralink Will Not Create Jurassic Park